How to enable report publishing and use version control in Data Studio?

A big feature announcement for Data Studio and a highly anticipated one from the whole community, report publishing. You can now work in draft mode and publish a client version of a report only when you are ready. In other words, version control! This is a huge win for anyone who works with clients directly.

The below lecture is from my course on Data Studio. There, you can see how to enable the so called “report publishing”, as it is not turned on by default. In essence, report publishing lets you control when viewers see the changes you make to a report. Up until now, all viewers were seeing changes in real-time, which is not always good.

Transcript of the report publishing video:

Now, let’s build on top of the version of history that we explored in the last lecture and look at something called publishing settings, which will be in your menu here. Now, before we click on it. I just wanted to remind you that when you’re editing a dashboard, a report in Google Data, you by default, the edits are live. So what I’ve done here to demonstrate that is I have the report open and I have it in edit mode and here I have it in view mode. So just to quickly show you right now, there is my profile here. It shows that who is part of the report right now and who is looking at it. So the second user is, again, me. But if I move this table up. Immediately live.

That table moves up here in the U.S., so you really don’t have a lot of flexibility if you are a agency or a business that wants to work on a draft version and then publish the final piece. So to prevent you from editing the live, there is an option in the letters to you to actually have a draft and a published version. So there is this basic version control there that is absolutely super useful. I’m just going to move this back here and go to file and go to publication publishing settings. And he would really ask you, do you want to turn on the manual publishing control so you can control when the viewers are seeing the published version and you’re doing changes on the draft?

So this is by default, not turned on. I’ll turn it on here and I’ll click safe. So what happens is you get this little button here, draft version, published version. I’ll close this window and let’s see what’s happening in the draft. So I’ll click and chart. And I want a bar chart here. I’ll expand it. It’s not going to be a lot of data, just we have the medium, for example, here, so all is good. Now, as a simple chart, let’s look at what’s happening in the published. So I clicked on the published, but unfortunately, my chart is not there and that’s because I haven’t really published the draft. So go back to the draft mode.

The chart is here, but the customer is not able to publish to see it. So by clicking on the draft version, we have two options. We can either publish here and push the final of the draft into production or the published version, or there’s another way to do it and click on edit come to see version history. And this is the familiar version of history that we explored in the previous lecture. You have this green box here that says current published version and then current version based on the timing. So what I could do is click and publish.

And published here. And all changes have been published. So that’s what we’re getting now, I’ll close that. And all of you and so right now I’m doing the draft and the published versions are the same. So we I have a little bit more control over what the client is seeing. And if I want to do some sort of changes and I’m doing the changes while there’s a presentation going on, the actual dashboard is not chaotically changing and things are moving out. So it it really allowed us to present data in a better way for your clients.

I hope this was a helpful snippet on version control! If you have any questions, feel free to DM me on LinkedIn or subscribe to my newsletter.

How to Create an Effective Measurement Plan? 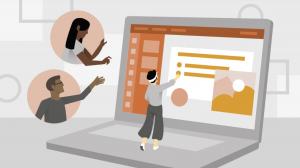